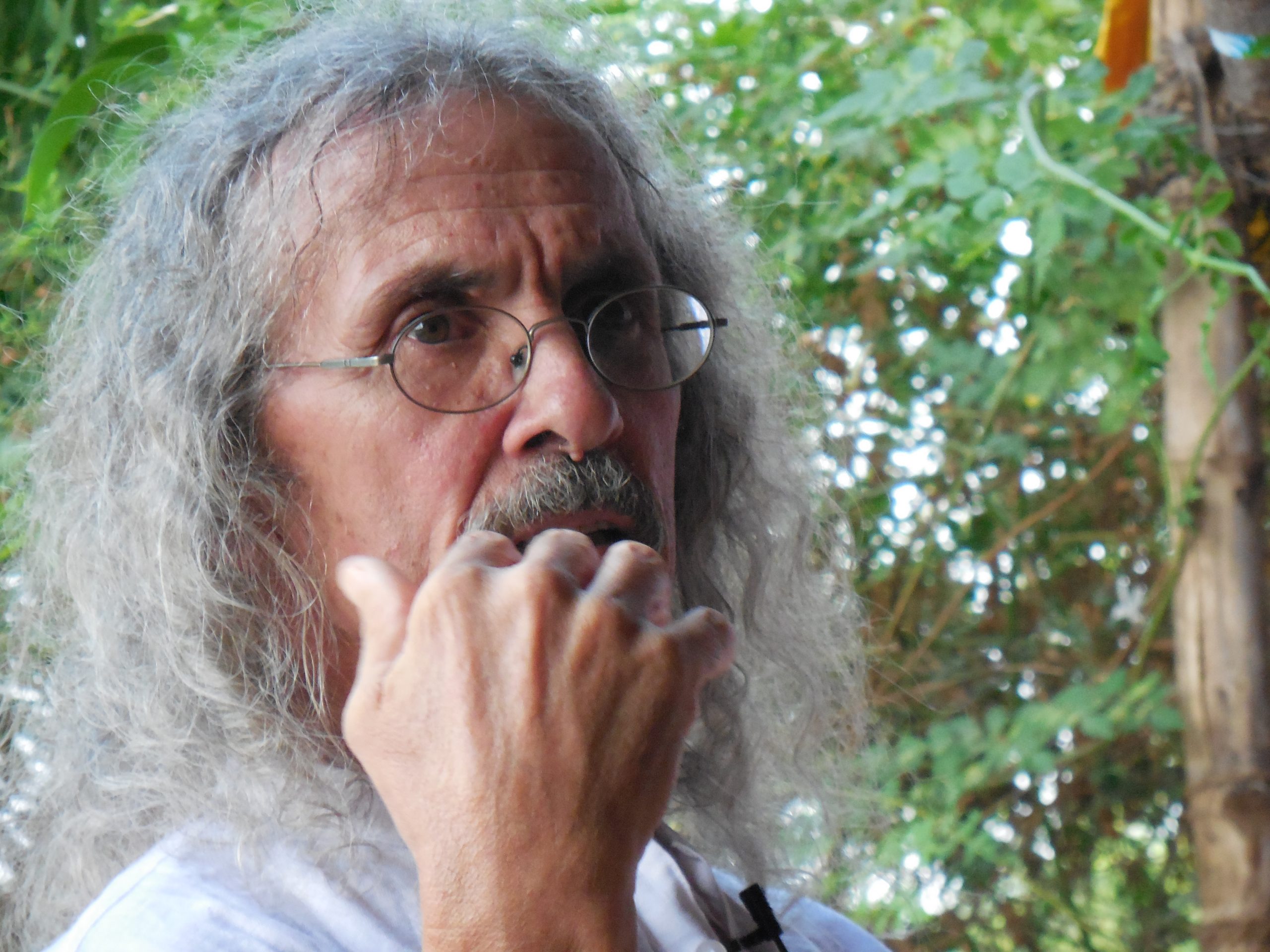 The Dysfunction of Sat Shree and Satyamayi

One of the huge issues that drove the growing New Dharma organization was Sat Shree’s relationship with his wife, Satyamayi, who was until recently the Executive Director and driving force of New Dharma. As described below, Sat Shree could not manage to be in his own authority within the New Dharma organization as against the controlling insistence of Satyamayi, as confessed by him in the spring of 2020. This, despite his description of her as being run by a horrific pain body and possibly asuric forces. In 2016 he bragged of being absolutely ruthless, like Stalin, and more powerful than an asura, and said he would take action to stop her, but he hadn’t managed that prior to 2022, when controversy started ripping at the seams of the organization. She was finally removed as Executive Director, the action being taken by the New Dharma Board of Directors. Whether or not she has retained her control through a new “puppet” Executive Director is unknown at this time.

Our best source of information about Scot Barbour and “the real Sat Shree” comes from his interactions with Muffy Weaver (Meera). Although she is constrained from speaking publicly or on social media about Sat Shree and New Dharma due to a clause in her meditated settlement which prohibits “disclosure and disparagement”, this same agreement allows her to share freely with her close friends and relatives, which she has done, before and after the settlement was reached. We share our knowledge of the facts and recollections of her discussions of the ongoing negotiations with Sat Shree and his organization.

A Confession of Misuse of Influence

After years of meetings and legal proceedings where Muffy held Sat Shree accountable for making and breaking endless promises, in the Spring of 2020 he finally acknowledged to her that everything she had been saying about him all along was true. Here are highlights of that confessional meeting taken from copious note which Muffy shared at the time:

Sat Shree said he believed he had used his influence inappropriately and that he had created unnecessary suffering and confusion and pain for Muffy and everyone in the community by not being able to come to responsibility for his choices. He said he was not in responsibility and was not owning his own shit. He said he had clearly failed to represent the guru principle in a true way in their relationship. [And despite all of this, he and the New Dharma board only made the least possible return to satisfy Muffy’s legal challenges. Sat Shree said he wanted to make full reparations, but when given a list of reparations that would have been appropriate, he and the Board failed to do any of it.]

Muffy asked him what he was thinking when he repeatedly told her she would be on the Board, be one of his advisors, help with the finances and committees, be a major player with his residential program etc. His response, again reconstructed from notes of the meeting:

Sat Shree said that Muffy knew what happened, that he hadn’t really been thinking when he made promises and representations to her about her role in New Dharma . After he talked with her he would go tell Satyamayi what he planned for Muffy’s participation and Satyamayi would blow up. There would be a fight. He would try to compromise and she would react again and they’d fight again, and in the end he would always give up and let her have her way, in every instance.

This acknowledgement highlighted a long-standing issue. This was not a new problem. What follows are Sat Shree’s transcribed words from a recorded meeting in the summer of 2016 (about four years earlier) where Sat Shree discussed the problem of Satyamayi with several of his closest students; his leadership team.

“There is nobody I know who has a more resistant pain body than Satyamayi. It is absolutely the most stubborn, ignorant, shallow, unexamined structure…. She has this one piece that is so vicious and so controlling and so jealous and so threatened that all the other parts have no authority with it.

Though she has been the one that has allowed the manifestation…it is now the biggest obstacle to the transition. . . . The structure is so deep rooted I am afraid that it is actually an emanation of an asuric force.. . It is horrific….

She is not the monster she could be because I am constantly managing it….

I am absolutely ruthless. I put my brother in jail. I knocked him senseless. I will take the action. I was born the same day as Stalin. I have that in me. I assure you, I have something more powerful than asuric in my system. In the back rooms of what goes on around teachers is a battlefield…. My absolute authority is that I remove her from all the work.”

As we have seen, he did not control her, much less remove her. Her structures of control and jealousy drove away many advanced, talented, and generous women who had been willing to contribute to the mission of New Dharma. She controlled access to Sat Shree and wanted loyalty and allegiance (and no competition) from those who sought to connect with him. When Satyamayi got everything she wanted, when and how she wanted it, she could seem to be sweetness and light. Her pain body was pacified.

We recount this about Satyamayi as a necessary piece of the puzzle of New Dharma. Her pain body structure and Sat Shree’s inability to deal with it had had an enormous impact on New Dharma.

Sat Shree’s spiritual ego has been severely challenged by the revelation of another reprehensible manipulation for money (see The Manipulation of a Former Student) and the sharing of the details of his misuse of Muffy Weaver. His talks in the wake of the New Dharma community learning of these things, and students sharing their own stories of trauma have been a vision of a powerful egoic structure fighting for its life. Fighting to maintain the illusion of “enlightenment”, of infallibility; even while occasionally feigning sorrow for his failings. He has been fighting to convince anyone he can that he has some legitimate purpose or mission that should be supported, despite the incontrovertible evidence, spanning many years, of his self-serving manipulations and distortions.

Sat Shree amply demonstrated with Muffy and with many others in a multitude of circumstances that he can’t be trusted; he has no reliable personal integrity. Whether that be because he is consciously aware of lying, or because he has a very poor memory, or because he suffers from relational failures that caused even he himself to suggest that he’s on the autism spectrum, is unknown. He will likely continue make promises. He will say anything to try to save his sinking ship and hang on to his remaining students. We hope the information in this website will help innocent others made informed judgments about trusting him as a guru: a self-proclaimed spiritual authority.